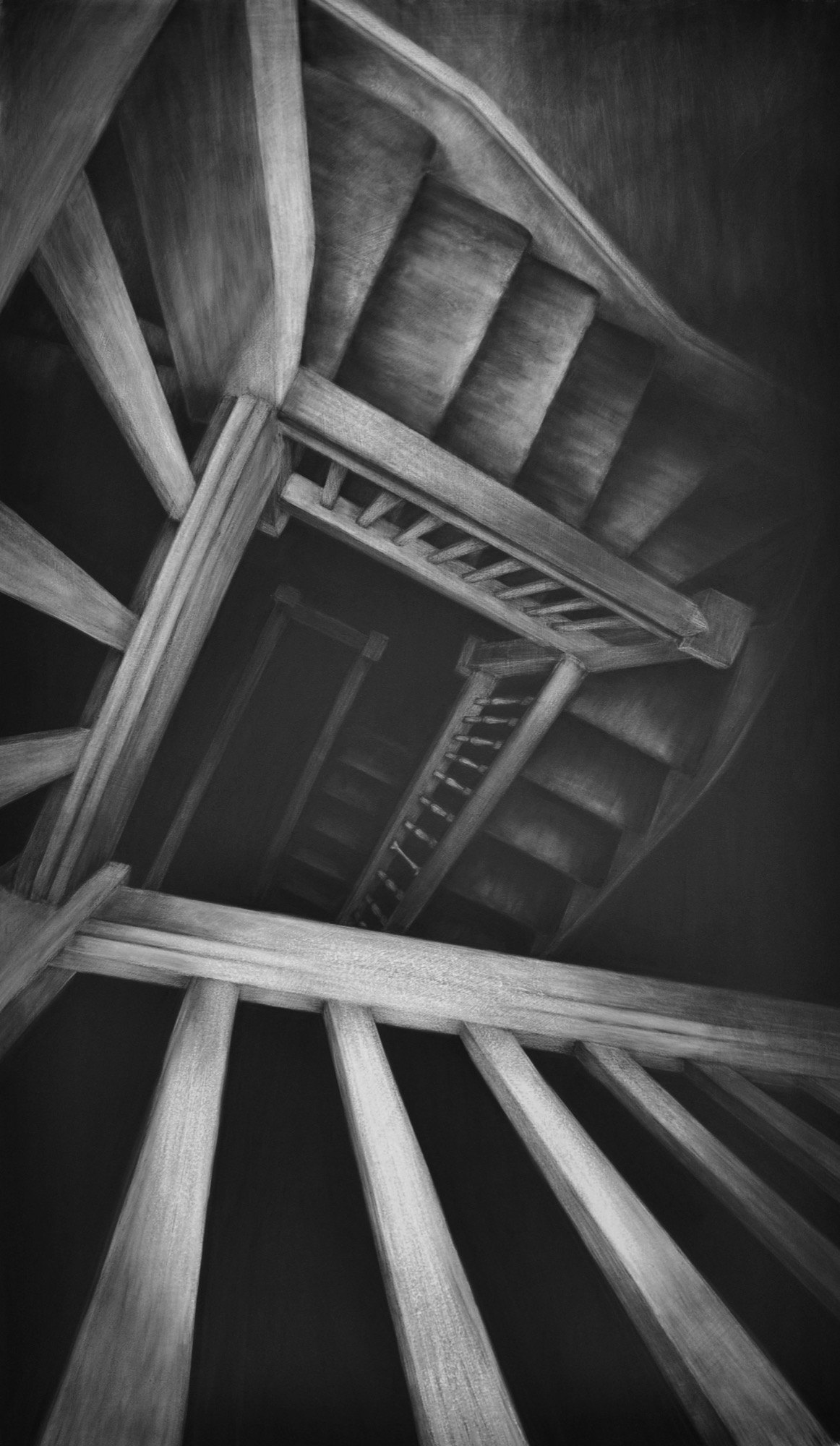 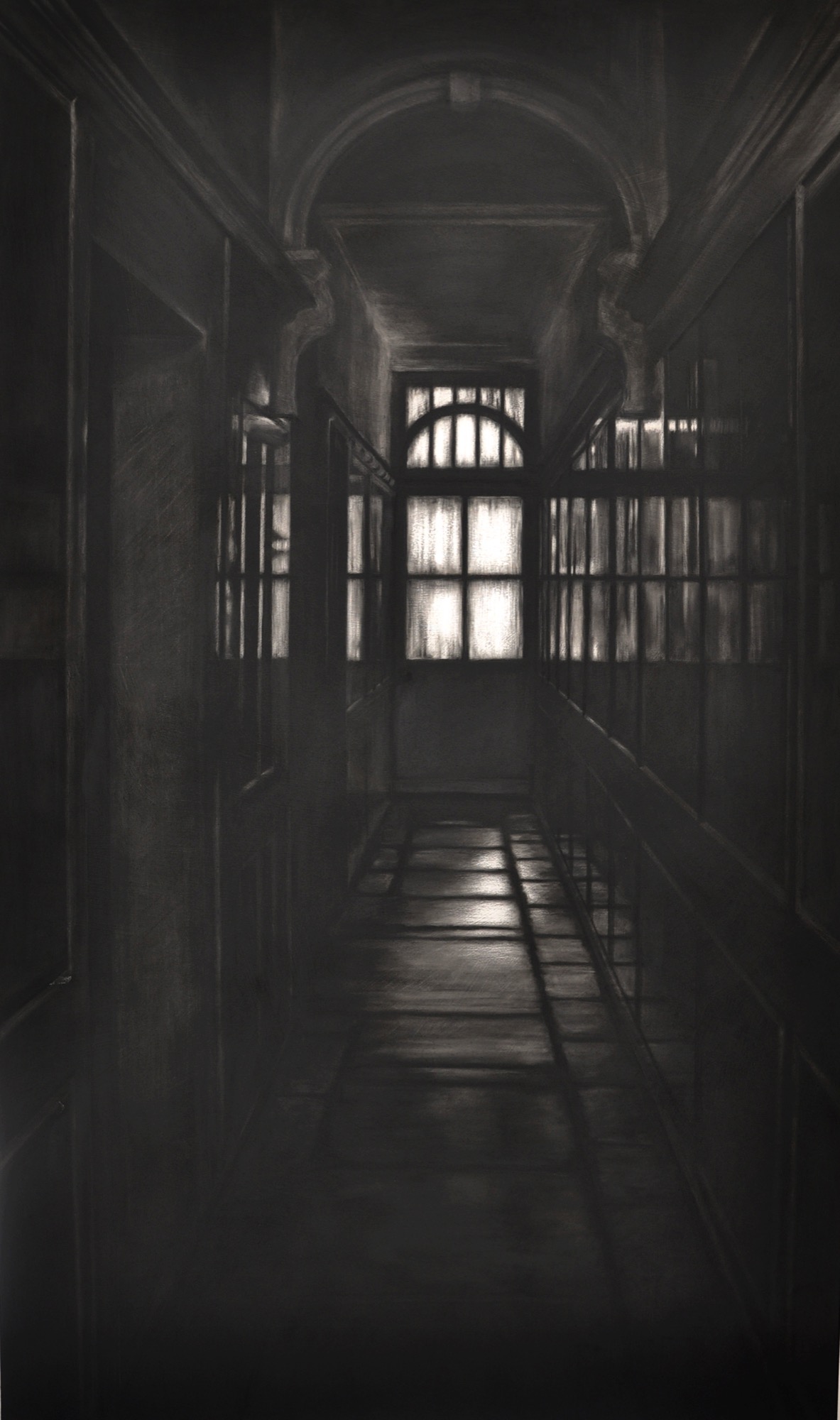 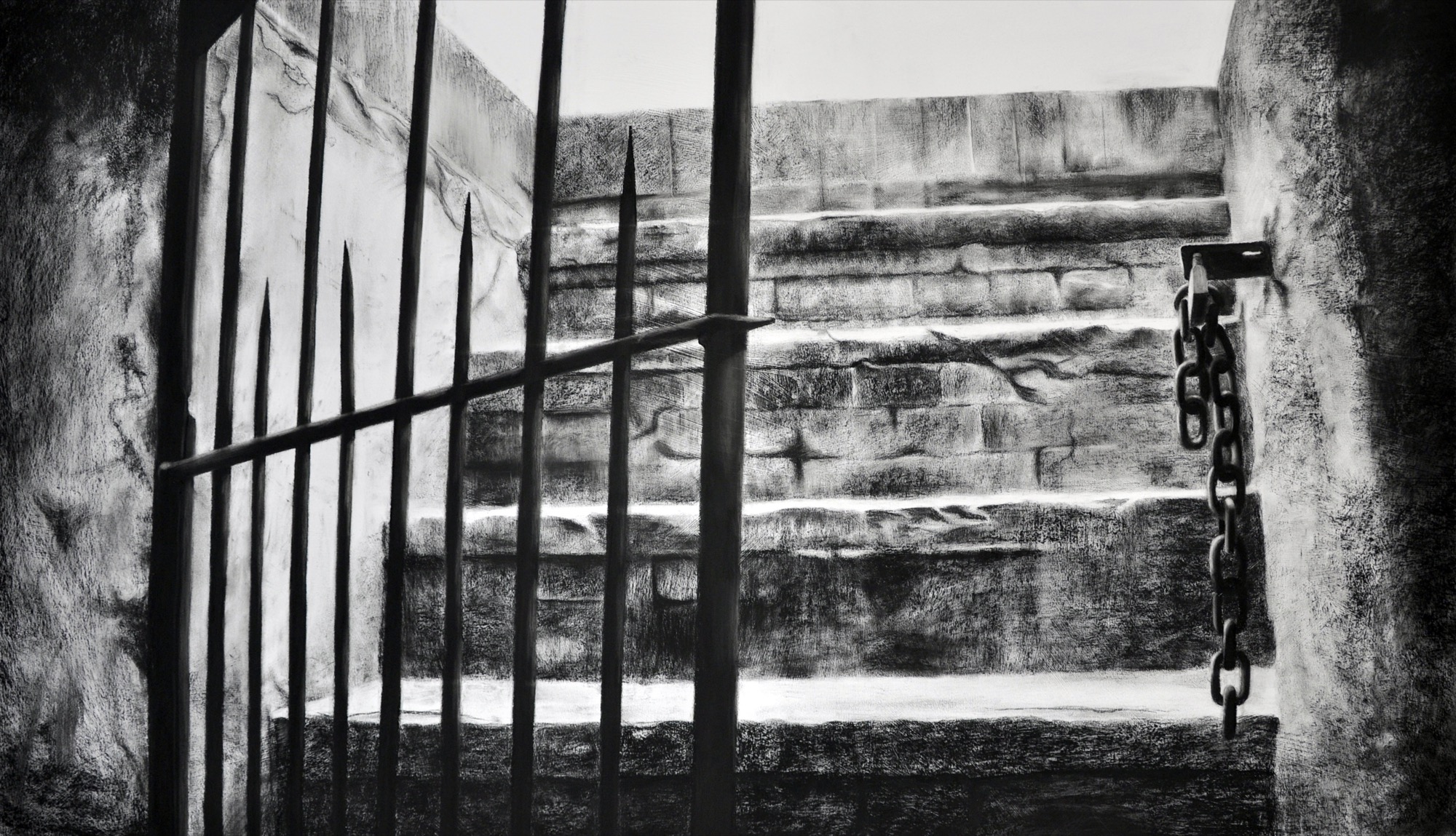 Tell them it’s a two-storey house, early Georgian in style. Brick built, with limestone dressings and a gabled roof. Tell them about the flat arches on the second floor, the carvings of various motifs – sea creatures, exotic birds, grotesque faces. A pineapple. Tell them it was built in 1718 by the original owner, to whom these motifs may relate.

Pause in the hallway. Mention the wealth of natural light, how it shines from those old wood-panelled walls. Don’t mention its sharpness, or the way it divides shadows. Ignore the smell of fresh gloss.

In the kitchen, highlight soft-closing cupboards, the double hob, a lack of radical alterations. Don’t highlight the cold thickness of its walls, the way air stales in still corners. Don’t talk about how this room rattles and groans when it cools.

Move to the drawing room. Dwell on the fireplace, its intricate foliate design, the overmantel flanked by columns. Indicate that soft furnishings can be negotiated in the price.
Don’t dwell on how, down the night-black chimney, comes a constant clank of rigging from the docks.

In the sitting room, mention that the grooves on doorframe are believed to be for measuring height. Mention that whole families lived in this one room in the old days. Mention how times have changed and the beauty of age has come upon this place. Don’t mention how much the floor slopes, as if trying to pour something away.

When you go up the stairs, encourage clients to look over the bannisters, so they can fully appreciate the many levels of this house. Don’t encourage them to stare too long. Don’t let them see the swallowed light of stairwells, or how, down in the gloom, spindles have turned the colour of old bones.

In the Master Bedroom, emphasise storage, high ceilings, the profusion of electrical sockets. Do not emphasise how the black roof beams curve like the ribs of an upturned ship. Or how walls inter memories, that seep to the surface like stains.

When you reach the top floor, accept there has been a liberal use of whitewashing. Some cracks have been papered over, and some revisions are badly needed. Best to remind them this building is listed and warn them about consent.

It’s important to repeat that it’s just a house. Bricks and mortar. Highlight the tasteful makeovers, the renovations carried out, historical issues rectified. Tell them, that, in general, it’s been maintained to a high standard throughout.

Lead them outside, turn them round, let them take in the façade. If there are questions about appearance, blame a certain saltiness of rain, the chemical peel of modern air, changing climates. Distract them by stressing location, and the handy transportation links.

Finally, don’t forget. It’s POA. So, if they want to know the price, tell them three million, give or take.