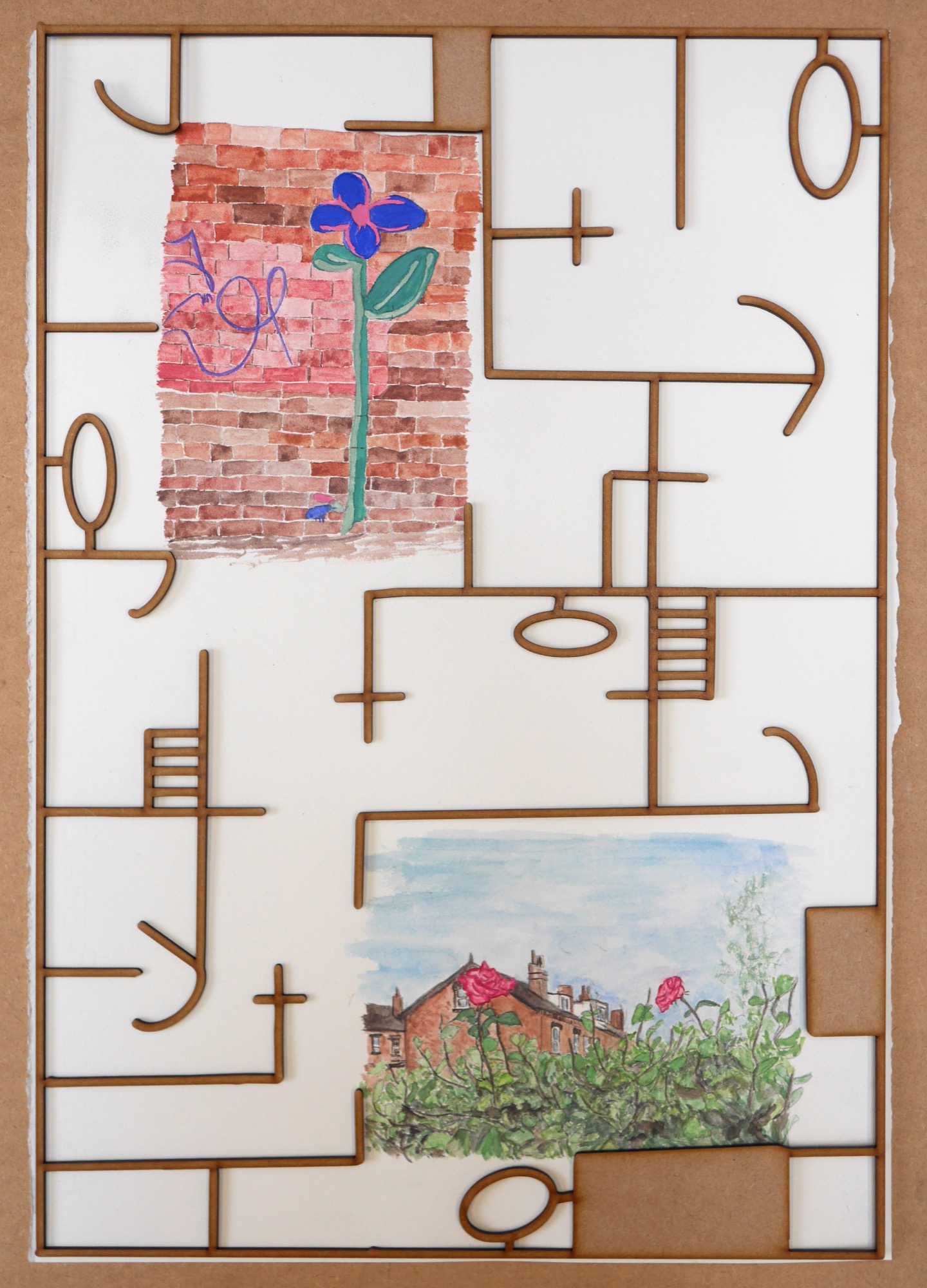 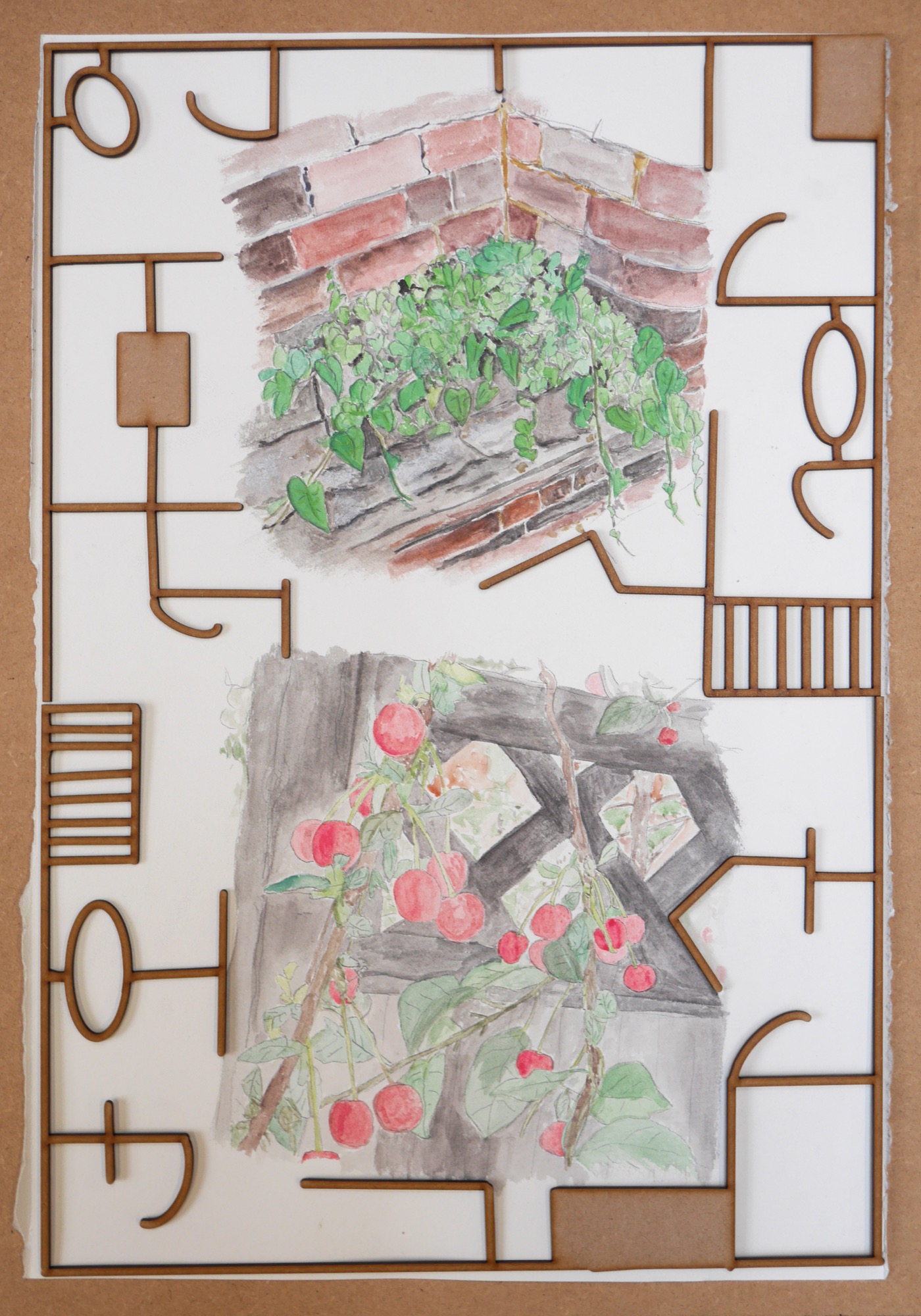 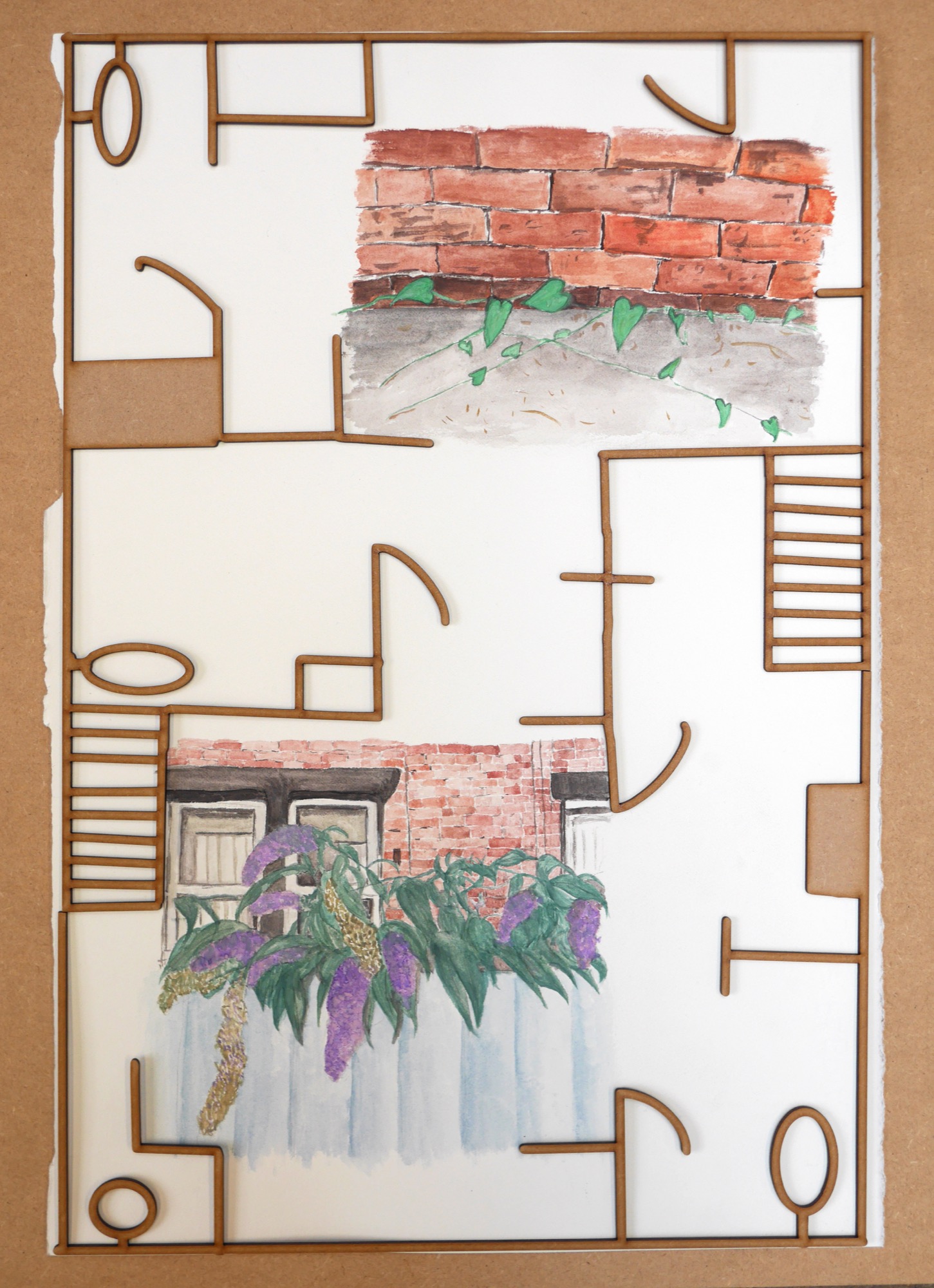 Breath hits the air and a morning mist sits at the tops of arched streets. Rays of sunlight split through the branches and the spire of a church. A church built where a village once stood, removed in favour of relentless modernisation. In the centre of the city suburb one shop still stands, one road named Village Street passes through. Nothing really remains but faded memories of what once was. Underneath those branches, that spire, nothing has really changed in that spot for hundreds of year, whilst all around it movement transforms.

A rudimentary landscape, made up of ridges and rolling flats. A gentle structure obscured entirely by the parallel lines of terrace red houses. Built in such a way in spite of the presence of the landscape they sit awkwardly, interconnected. Their brick touching but nestled separately. Despite their hulking presences, they are not foreboding. They are almost inviting, their shallow frame showing only half of their true assembly. Each carries small details, and despite their repetition finds their own form.

Red brick transforms into something as consistent as concrete as you pass. The cracks and gaps between each layer dissipate into nothing more than a wash of one tone. The ends of streets carry a mismatched paint over – lewd graffiti hurriedly erased by a council worker. It’s usually more interesting to imagine what might have been than to actually be able to see it. Patchwork terrace walls, shade of red upon shade of red. These areas are full of small textures, patchwork histories laid upon one another. A century and a half, or thereabouts, of mark making and living. The wear and tear of population, etched away at the walls.

Along these suburbs, green is a constant presence. Along rented houses, unruly front gardens spread. Through low income and high rents, most do not possess the time or tooling to do much about it. Privets and other privacy measures mean that there are constant swathes of green. They abstractly block the view to most houses, allowed to grow out and through whatever gaps they can. The nature of these streets will find its way, through wall, through cracks, through decking, through path. As unruly as it might be, weeds here are as much a part of the landscapes as the red brick of the terrace itself.

Nature constantly informs the environment around us. A presence ever changing, but ever present. The continual spread of roots underneath us. Both the city and the nature which surrounds it respond to one another, evolving in spite of each other, finding new ways to exist. In the inner city we think of ourselves as the absolute designers, though outside of this it is just one force against another. The small path of weeds, the way the hedges fold themselves across one another. The fight for their sunlight, and the thriving to survive. There is a beauty in disorder, as they push through themselves towards the light.

The smallest details are what make the red terraced concrete what it is – from the evolution of the weed as it pushes through cracks, to the small details in the brickworks faced by a stonemason a century ago. Built by labour, for labour, hands slowly formed these houses piece by piece. Where these streets once served the factories and mills below, they have now become the realm of students and renters as light industrial begat light entertainment.